What are Periodontal Pockets?

“Gum disease” is an umbrella term that encompasses all conditions related to the gums. Gum disease begins with gingivitis and escalates to periodontitis.

END_OF_DOCUMENT_TOKEN_TO_BE_REPLACED
Comments Off on What are Periodontal Pockets?

What You Should Know About Gum Inflammation

Gum inflammation is a common term used to refer to gingivitis. Gingivitis describes an oral condition where the gums have become swollen and inflamed, hence the term gum inflammation. In addition to inflamed gums, the gums also bleed easily when touched, brushed or flossed. The gums are light pink or pinkish-red in health, but they take on a red appearance when gingivitis is present.

END_OF_DOCUMENT_TOKEN_TO_BE_REPLACED
Comments Off on What You Should Know About Gum Inflammation

Why Bleeding Gums Should Concern You 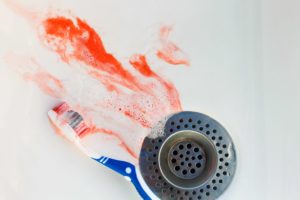 as your dentist or dental hygienist ever told you during your dental visit that you have bleeding gums? Bleeding gums are one symptom of gum disease, commonly referred to as gingivitis. You may have noticed that your gums bleed while you brush or floss your teeth at home.

END_OF_DOCUMENT_TOKEN_TO_BE_REPLACED
Comments Off on Why Bleeding Gums Should Concern You

Learn All About Periodontitis And Your Oral Health

How Does Dental Plaque Affect Me? 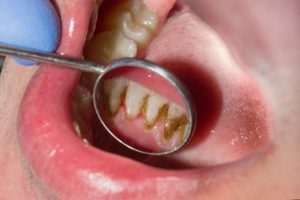 Dental plaque is a film of bacteria that forms on the teeth. It has a sticky feel, and it is colourless. It is very noticeable to your tongue’s touch when you have not brushed your teeth.

END_OF_DOCUMENT_TOKEN_TO_BE_REPLACED
Comments Off on How Does Dental Plaque Affect Me?